Following the demonitisation spree, we had the union budget session 2017-18, where taxation was one of the most debated topics. Its been more than a month of concluding 50 days period of complete withdrawal of Rs. 500 and Rs. 1000 currency notes. We must understand that the primary reason of the demonitisation was to fight corruption and black money, which primarily arises from illegal income and tax evasion. As we are just fresh out of budget announcement, I thought it would be only appropriate to share some thoughts on the importance of taxation for any country. 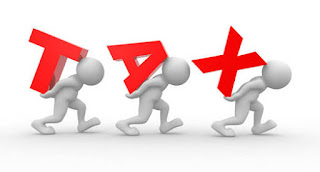 Government as an entity doesn’t have any money of its own; taxes are the main source of funding for the government. In India, we have two types of taxes, direct and indirect. Direct tax comprises of income tax, surcharge, gift tax, wealth tax, corporation tax etc. Indirect tax is a component added on a particular expense incurred by individuals on service received or buying goods, collected by the service providers or seller of goods in form of service tax or VAT.
The tax earnings are used for administration, infrastructure, education, security and defense amongst others. Government-run hospitals provide services for almost free of cost, government-run schools across the country educate children for negligible fees; provide cooking gasses for subsidized prices.  A major part of our tax contribution goes into our security and defense system. The taxes are utilised for maintaining law and order in the country, maintaining cleanliness by the municipal corporation etc. A major area of spending of these tax monies are towards healthcare and medical expenditure of the less-privileged children. All of these things cost money and while not everyone uses them every day, most of us use or benefit from them over time.
What government takes from in form of direct and indirect taxes is spent on the common development areas of the country. So, with increased tax income government can allocate more funds towards social benefits.
India vs. developed countries
One may argue that Indian government doesn’t provide for medical and social securities like other developed countries, but we need to have a fair base for comparison. We must appreciate the fact that the developed countries have higher income tax earning. According to government data, only 4.1% of total Indian population pays taxes, while in the US, 45% population pays tax. The tax rates in these countries are comparable and higher than India.
Tax is the price we pay to live in a civilized society. An increase in a number of taxpayers is only a sign of prosperity of the country. The temptation towards evading tax is a crime (in making) towards the society. There are advocates of lower taxes who says, it helps in economic growth by reducing cost, it only benefits the traders and the upper segment of the society. In a holistic growth of socio-economic environment, taxes pay a key role.
Make use of 80C benefits 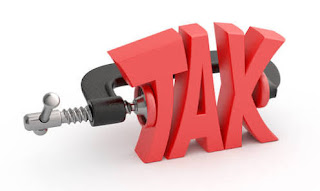 Image taken from wealth18
This union budget, the thresold limit for taxable income has been set above 2.5 lakh. Also, an additional benefits of making the first tax slab to 5% and for tax payersearning upto Rs. 3.5 lakh will get a rebate of Rs. 2.5 thousand. A majority of population within the 5% tax bracket, earning up to 4.5 lakh can completely save taxes by the 80C investment instruments. A fair exemption upto 1.5 lakh rupee can be claimed on various investments and expenditure listed by income tax department. Earning arising from long-term equity investment doesn’t attract any taxes, similarly for equity mutual funds. Also, ELSS schemes managed by mutual fund companies are specifically designed to get triple tax benefits with only 3 years lock in period. There are also other investment options like – PPF, Tax Saving Deposits, NSC and few more dedicated towards tax-saving purposes. Additionally, there is a special exemption up to Rs. 50 thousand for citizen who contributes towards NPS. Government also encourages taxpayers to build their homes by offering exemption towards repayment of loan and interest payout. One must utilize these benefits for saving taxes, creating wealth, securing health and donating for good causes.
Higher income from taxes reflect a good health of the economy of the country, similarly, an individual who needs to pay tax only signifies that his income is high enough to contribute towards the wellbeing of the country. Discussion on positives and negative about taxes are debatable, we must look at taxes in a rational and positive light and its contribution towards the country as a whole.  The culture of paying taxes need to imbibed in our lives.
Please follow and like us: